This is the supper of King David – Melavah Malka!

These words are spoken by the Commissioning Officer after the installation of a Supreme Ruler in our order. It has been suggested by our Provincial Grand Supreme Ruler that there are probably many brethren who do not appreciate or understand the significance of these words or why they are used in our order, and has therefore suggested that some explanation should be given here and I will attempt to do just that.

Now you all know that there are several important Jewish Holidays each year. Passover, which is celebrated about Easter time, The New Year and Day of Atonement around Harvest time, Chanukah, the Feast of Lights, at about Christmas time and there are many others.

The reason for this has to do with King David, hence its connection with our Order. The Bible tells us that as a young man David’s victory over Goliath so endeared him to the population that he was showered with gifts of jewellery, gold and silver especially by the ladies of the land. David decreed that all these treasures should be collected and held in a special reserve account to be used only for the construction of a magnificent temple to be built to the honour and glory of the Most High. However, we are also told that because of the great sin of King David in not using this wealth to buy food from the surrounding nations during the three year famine that followed some time later, but instead, allowing many of his people to die from hunger thus wasting God’s gift of life, he would not be allowed to build such a temple and only after David’s death would his illustrious son be allowed such an honour.

David was also told by the Almighty that he would die on a Sabbath day and although he did in fact live to a ripe old age he had to treat every Sabbath as if it could be his last day on earth. As each Sabbath drew to a close at sunset, King David celebrated as he knew that he would live for at least another week. – How many of us can say that? – The whole population celebrated with him, for he was a most popular King, and Saturday evening, when the Jewish Sabbath ended, became a time to have parties and to celebrate occasions such as Weddings, Engagements, Bar Mitzvahs and the like. These parties became known as Melaveh Malkas – The Sabbath Suppers of King David. These celebrated the fact that his days were not yet over as well as whatever function was also being celebrated that day. A double blessing worthy of rejoicing. The custom of Saturday night parties still exists today, although not everyone knows the origin. It is as a reminder of this custom that the Commissioning Officer, after the distribution of food and wine, says “This is the supper of King David” – and then repeats the words “Melavah Malka.”

So there you have it – the explanation of the Melaveh Malka. However, we cannot leave it there, for it is not quite acceptable to the more orthodox Jewish people who believe that, if on the most Holy day, the Sabbath day, you spend all your time completely immersed in the most Holy occupation, the study of the Holy Law as given to Moses, this would be the most Holy thing that any person could possibly do. So Holy is it that not even the Angel of Death could touch you whilst you were so occupied. Hence, they reasoned, that all King David had to do was to spend every Sabbath Day studying the Holy Law and thus, being beyond the reach of the Angel of Death, he could live for ever.

They were right of course. King David did indeed know this and he did spend every moment of every Sabbath studying the Holy Law, seated by a window to make the most of the natural light and not even stopping for refreshment. The Almighty eventually decided that David’s allotted time on earth had expired and He detailed the Angel of Death to collect the King on the following Sabbath Day.

The Angel, finding David immersed in the study of the Law, was unable to carry out his task. He tried again on the following Sabbath, again with no success even though he arrived at sunset the previous day (for all Jewish Holidays start at sunset the previous day) and he was forced to report his failure to the Almighty who as good as told him that if he wanted to keep his job he would make sure that he did it properly the following Sabbath. Again he found David occupied in the study of the Holy Law. In desperation, the Angel of Death went to the King’s favourite orchard which David could see from the window where he was studying, and chopped down one of the trees. David saw this but continued his studies. It was only after more trees were felled that David went to investigate, for it was not a windy day, and David could not understand why the trees were falling. Everything seemed to be quite normal when David arrived and so he sat down on a nearby seat to watch for a few moments and it was there, in the orchard, that the Angel of Death was able to complete his task.

Now Brethren, there are not a lot of people that know this tale. So, when you read that at a very advanced age King David finally died peacefully in his garden, you my Brethren are of the privileged few that now know the whole story. 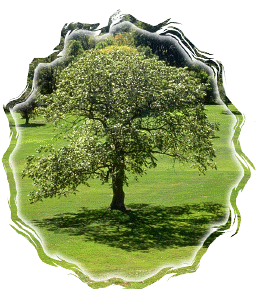